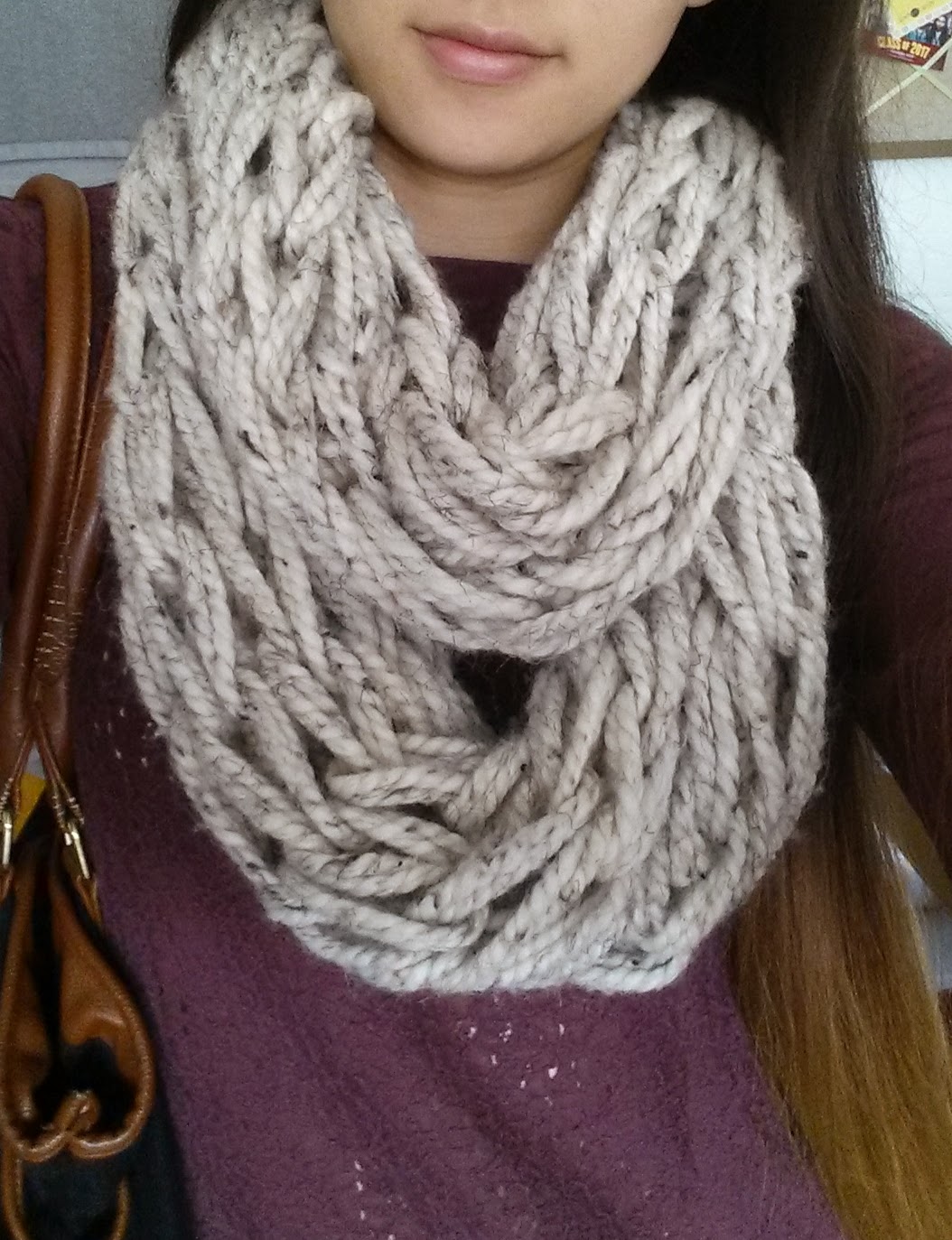 I made this scarf at the end of last school year, but since it was nearing summer I wasn't able to wear it too much. I saw a pin on Pinterest to this awesome arm knitting tutorial from Simply Maggie and fell in love with scarf. After watching her video tutorial a few times, the technique for it was surprisingly easy to learn and it took me just about half an hour like she said! 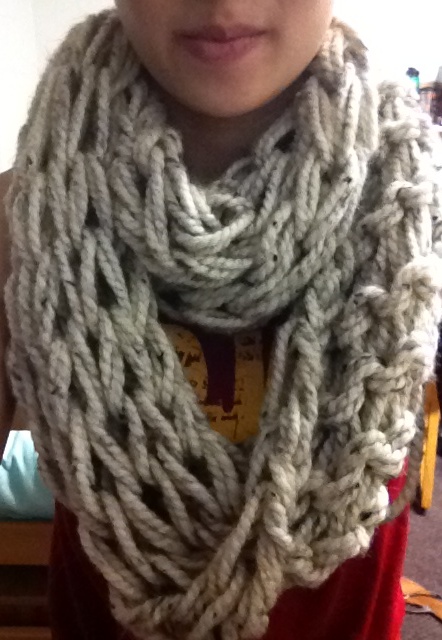 I couldn't help but go off to find a very similar color of yarn at Joann's (they always have such great coupons-I never shop there without one). The color I got I believe was the Lion Brand Thick and Quick Yarn in Oatmeal which is a nice neutral color with strands of black and brown in it (it almost looks like rope from a distance as a friend once commented). The yarn is super warm and comfy to wear and I love it for cold days. I bought two skeins of yarn as suggested by the tutorial to double up on the strands and had enough yarn to make two scarves, although one I accidentally made larger than the other.

Here's the video for the tutorial by Simply Maggie!
Posted by Tiffany T. at 8:25 PM